Due to recent public health concerns, we are actively monitoring information from the Centers for Disease Control and Prevention (CDC) and local officials regarding the spread of COVID-19 (novel coronavirus disease). The safety of our patients and staff is our top priority.

Strict telephone screenings are performed before patients are scheduled and family members and friends are asked to stay outside unless absolutely required for assistance.

Patients are asked to enter the building wearing masks. No magazines are available in the reception area, and everyone entering our treatment area will be asked to sanitize their hands.

The following prescreening questions will be asked of you when calling for an appointment:

All smooth surfaces are disinfected after the entry and exit of each patient. We only allow one patient in the office at a time to allow adequate time for complete office disinfection.

In following the CDC guidelines, we are calling patients 48 hours after their appointment to see if any new signs of COVID-19 have developed.

Your health and safety and that of our team are our utmost concern. Thank you for your assistance in keeping us all protected. 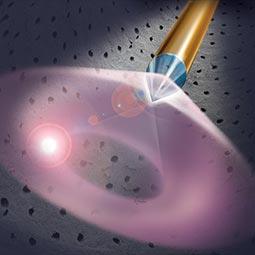 We believe that laser-assisted root canal treatment is an important new innovation and have integrated lasers into all aspects of our care, including endodontic microsurgery Lasers can play a role in: diagnosis, access preparation, pulpotomy, uncovering calcified and hidden canals, surgery, canal cleaning, shaping and disinfection.

Some people believe that a tooth with an infected root canal should be extracted as it is impossible to sterilize an infected root canal. Use of the laser allows us to reach bacteria that have penetrated deep into the tooth structure (dentin). Recent studies using two different laser wavelengths have illustrated a 99.99% elimination of bacteria to a depth of 1,000 microns into the root canal walls.

Our practice is one of only a few endodontic practices in the country using laser-assisted root canal techniques and this has allowed us to treat teeth that many would have deemed hopeless.

We proudly utilize the WaterLase iPlus laser in our practice to treat a variety of endodontic conditions.

Uses of WaterLase in Endodontics:

We are able to use the WaterLase laser to treat a variety of endodontic conditions including:

Some facts about the Waterlase Laser:

The most important application of the dental laser treatment in White Plains, NY and Mt. Kisco, NY is in root canal preparation, specifically: the removal of smear layer, tissue, debris and root canal disinfection.